Summer Solstice – A Celebration of Light, Life, Love and Joy!

The sun is celebrated all around the world as a symbol of life, light, energy, vibrancy, happiness and abundance.

The day with the longest period of light and sunshine is June 21st: Summer Solstice. This ancient festival is celebrated worldwide with blessings, salutations, revelry, dance and yoga.The solstice and seasonal equinoxes were celebrated by ancient global civilisations across the world: pagan tribes, Incan clans, Chinese, Native American and European civilisations. The cycles and seasons of nature were perceived as symbolism and indicators of time, calendar and harvest; the same calendar and seasons we follow today. The sun was celebrated when it shone at its longest, brightest and most powerful to commemorate the fertility of the Earth and its associations with life and nature.

In ancient China, summer solstice was a ceremony to celebrate the Earth and the feminine ‘yin’ element of nature; the winter solstice celebrated the masculine ‘yang’ aspect; therefore harmonising and balancing the oppositions of nature when they were at their peak.

Pagan tribes, Celtic clans and European communities celebrated their Gods and Goddesses of fertility and honoured the natural world; the life-giving sun; and the abundance of the Midsummer season.

Native Americans held ritual dances to honour the sun. The Sioux were known to perform one of the most auspicious ceremonies, during which they would arrange their tipis to represent the cosmos; raise a tree to symbolise the connection between heaven and Earth; and paint their bodies in colours to represent the sky, light, night and sunset.They would dance in reverence of the Sun that created life itself.
This festival is becoming more and more popular each year across countries, cultures and religions – a revival of celebration and gratitude for the world we share!

Sun-lovers, druids, pagans and New-Age revellers will be celebrating this ancient tradition at Stonehenge this solstice, with bonfires, dancing and acoustic instruments from dawn until dusk.The sun will rise in England at 4.43am and set at 9.21pm, giving us a stunning  16 hours and 38 minutes of daylight.

Sunshine yogis will be celebrating in New York, practising Surya Namaskaras in Time Square to salute the longest day of the year. California holds solstice gatherings; festivals of art and music; and environmental events to raise awareness of solar energy, the sun to save our world.

Northern European countries such as Norway, Sweden, Denmark and Finland celebrate the summer solstice in earnest, as their days are light and long into the midnight sun! Fertility, life, light and vibrancy is joyfully saluted and revered, as the winter darkness is equally long.

Our daylight hours are at their brightest and longest; light, warmth and colour bless our days. The world has come truly alive, nature is blooming and we are an integral part of this joyful celebration. It is a time to express gratitude for the beauty that surrounds us; to live each moment in total presence; to radiate and shine with the rays of the sun.

The sun is creative energy and the beauty of life is over flowing. Our beings radiate like sun and therefore, shine with the same creative power. When we live our lives as a celebration, moment to moment, the universe responds, our eyes are open and our dreams infuse our lives. 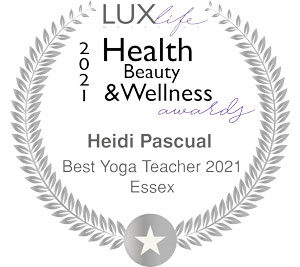 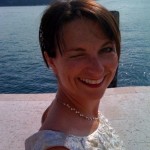 "Lotus Love Yoga classes are focused and nurturing, maximising your potential for a stronger body and sharper mind. I look forward to my weekly lesson and I feel the benefits of Heidi's sequencing and assists throughout the week." 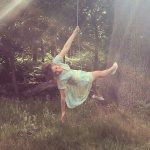 "Heidi’s classes are uniquely empowering and her personalised, friendly approach always makes me feel supported and well cared for." 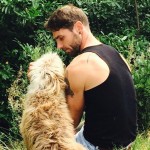 "Thank you for your absolute brightness and devotion to other people's happiness." 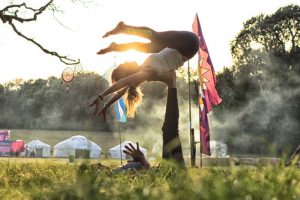 It was an honour to share authentic, creatively inspired Vinyasa Flow Yoga at Yoga Connects Festival 2016/17. 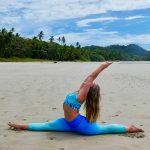 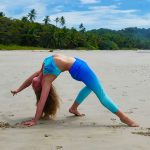